Since 2015, Earth Science Associates has analyzed the National Hurricane Center's (NHC) weather disturbances to make forecasts on where a system will move if it were to develop into a cyclone. With the 2018 season at full swing, keep in mind that ESA displays information in ArcGIS and GOMsmart that combines both active storms (such as Florence and Isaac) and disturbances that may form tropical storms/hurricanes. The most important forecast in the Gulf of Mexico at the moment is the disturbance near the Yucatan peninsula, which has both a 70% probability of forming into a storm and also a track that is somewhat similar to Harvey's in 2017. 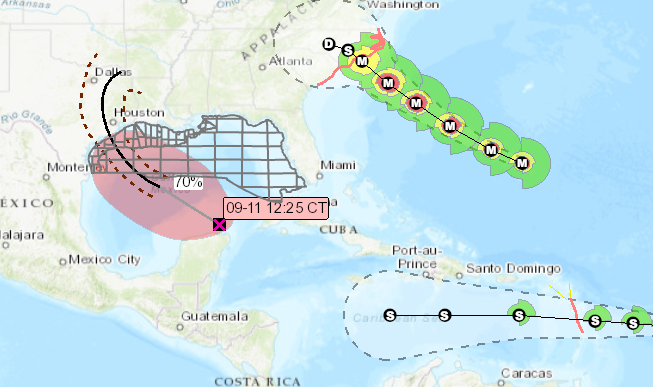 Disturbances are weather systems that have a chance of forming into a cyclone sometime over the next five days. The NHC gives the current position of the disturbance and the predicted area where the distubance will form into a cyclone. ESA gathers these data and, using an algorithm we designed, makes a forecast on the future track if the system forms into a cyclone. This forecast is made much earlier than the NHC's forecast and is designed as an early warning system.
It should also be mentioned, however, that this season the NHC has modified their zones where storms may form along coasts. They no longer extend onshore (which is logical) but the NHC is often expanding the formation zones parallel to the shore. The algorithm has been modified to attach greater input from the shape of these polygons to forecast the likely future track of a storm, so please be aware of a vast change as it will take into account what may be input that is perpendicular to previous formation zone forecasts.

Finally, the big feature to keep in mind after a storm forms is the wind speed calculations made by ESA. The wind radii give the distance from the center of the cyclone in quadrants of 34/50/64 knot wind speeds. ESA uses the information from the wind radii to plot wind speeds over time at each and every platform. This can be accessed by clicking on a platform in the map and choosing the Wind Speed Forecast option, again in both ArcGIS and GOMsmart.

A number of additions and improvements have been made to the Bidding/Block Evaluation portion of the Business Planning Add-on over the summer. The most recent integrates BOEM's official list of blocks available for the upcoming sale once it is released. Previously, blocks included in the analysis was always based on expiration and expected expiration dates. 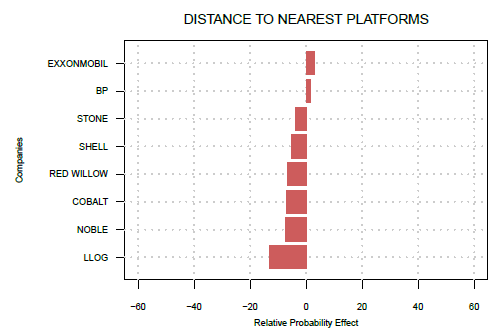 Fig. 3. Importance of proximity to platforms prior to Sale 251.

Fig. 4. Most important variables to ExxonMobil prior to Sale 251.

More detailed analyses will be coming out in future newsletters and published articles. For a quick overview in a web meeting, contact us here.